Tiny Bean’s Corner of the IFB 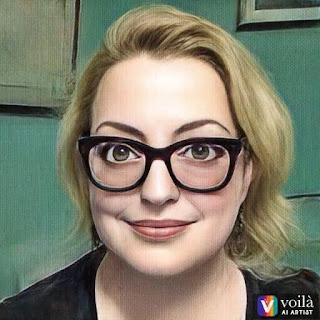 Hi IFB friends!! SO very sorry I cannot be there live tonight, but I promise I will be back in a few weeks! I will NOT leave you hanging though, there’s so much going on - here’s what we have to go over till then…

As we talked about a few episodes back we reviewed Zack Snyder’s Army of the Dead, and revealed that that film is going to be just the tip of the iceberg in this new universe he is creating. Well he didn’t waste any time! He’s already dropped a trailer for a prequel in the series: Army of Thieves for Netflix. This one will focus on our safecracking friend Ludwig Dieter leading a group of aspiring thieves on a romp, in the earliest days of the zombie outbreak serving as a backdrop. Check out the trailer here:

Now I know I like to tell you about stuff that is coming soon, well this one is not exactly soon, it’ll be Thanksgiving, which I guess will get here soon enough! But seeing as how the trailer made me cry, I’ve just gotta drop this here…no words needed, just watch…I mean, who you gonna call??

I finally was able to watch A Quiet Place II, and friends, it did NOT disappoint! The film starts with an  intro “featurette” sequence that brings you back to Day 1 of the aliens invading, and it is incredibly well done. Details of the town grocery store, where the family scavenges from in the first film, beautifully set up. Eagle eyed IFB fans may recognize the store clerk, played by multiple classic Sci-Fi film character actor Wayne Duvall (XFiles anyone?) This movie is easily on par with if not better than the first one, a hard sell for any sequel as we all know. Emily Blunt is flawless as ever. This one also introduces a new character, the family’s “uncle” played by a super smart and tough Cillian Murphy. Millicent Simmonds as daughter Regan just gets better, and Krasinski’s manner of filming some of her sequences – with no sound so you can see what it is like for her as a hearing impaired person – is incredibly effective. Noah Jupeis also a talented kid turning up in lots of things these days. The aliens in the film are explored a little bit more, I am hoping for even more alien backstory in future. And the film ends leaving it wide open for a part 3, that I will eagerly be awaiting! Check out this review for more:

And finally, for now, a little info on our multi-spot deep dive into the world of Alien. I planned to talk about the design work of the late great H.R. Giger. He is the one primarily responsible for the look and feel of the xenomorph alien AND the derelict ship AND the eggs that hatch…etc. etc. Here is an excellent article on his work, and I love that they say you may not know his name, but guaranteed he has given you nightmares:

That’s all for now IFB fans…! I so look forward to seeing you all soon, till then, remember: Fans Fuel the Fleet! And there’s always something fun coming up in Tinybean’s Corner 😊

Popular posts from this blog

November 02, 2021
Hi IFB friends!  Great show last night, hope you all enjoyed it. Here are some fun links for you all to check out. I highly, highly recommend Dune. It is epic and delightful. Breathtakingly beautiful. It's the kind of scifi movie that makes us remember why we love this genre. Check out the trailer here:   https://youtu.be/8g18jFHCLXk NYPete recommends the Haunting of Hill House series on Netflix, and I could not agree more. This series was truly wonderful, exceedingly well crafted, painstaking attention to detail. In fact, if you've seen it already, watch it again...pay attention to the background details and prepare to have your mind blown. It's also full of heart. See more here: https://youtu.be/3eqxXqJDmcY My throw back, under the radar recommendation for the thriller season is 1980's The Changeling starring George C Scott. I dug up the original trailer! And John Colicos is in it!! Check it out here: https://youtu.be/UwUI7d5TgGA And now for the BIG NEWS: The Change
Post a Comment
Read more

October 04, 2021
Hello IFB world, what a fun and busy time it's been, but did not want to forget to get you the links we talked about on Thursday: Sandman Netflix trailer - check out this side by side, shot for shot breakdown between the trailer and the comic, it is spot on:    https://youtu.be/oCYth_LXcCA  We've been talking a lot about Foundation series on Apple+ How about having Assimov's Foundation series explained and broken down in 5 minutes? Some spoilers here, but worth the watch:  https://youtu.be/2a5gwWnTKpI  And check out the trailer for Lost Symbol on Peacock TV - which is free!! And this show, as we discussed, is charming and enjoyable, pop the popcorn and put your feet up to enjoy the ride: https://youtu.be/94KpYu1FMv0  And if you haven't joined NYPete and me with watching Y The Last Man on Hulu, here's the trailer to entice you: https://youtu.be/p6mEf36WUHY See you soon gang,  Tiny Bean
Post a Comment
Read more